You are here: Home » News » A symbol of a country's swimming level-freestyle

A symbol of a country's swimming level-freestyle

Freestyle is one of the competitive swimming events. Strictly speaking, it is not a swimming posture, and its competition rules have almost no restrictions. The crawl swimming posture has a reasonable structure, low resistance, uniform speed and fast speed, and is the most labor-saving swimming posture. So people also call crawling freestyle. In 1896, the first Olympic freestyle was listed as an official event. Before the 1950s, swimmers attached great importance to the function of two legs fetching water. Generally, their arms were stroked six times in one stroke. Later, scientific research materials proved that the energy consumption of kicking is much greater than the stroke of the arm, and the power to push the body forward mainly comes from the stroke of the arm. Therefore, the modern freestyle technique, which is dominated by arms, attaches importance to the stroke of the arms and the cooperation of the two arms. 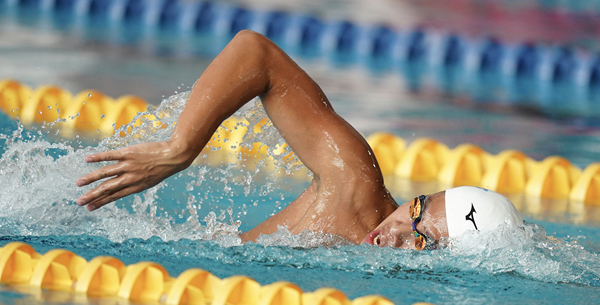 At the beginning of the 19th century, Australian R. Cavill used his legs to alternately fetch water to replace the water-cut technique. In 1922, American Westmore improved the use of alternate strokes with two arms and six strokes with two legs to form a modern crawling pattern. In 1896, the first Olympic freestyle was listed as a formal competition. Freestyle is not restricted by any posture. The speed of crawling is the fastest and it is the only posture of freestyle. This posture has reasonable structure, low resistance, and uniform speed. A labor-saving swimming position. Freestyle is highly practical and occupies a very important position in the Olympic swimming competitions. There are 7 items for men's 50m, 100m, 200m, 400m, 1500m, 4x100m relay, 4x200m relay in the women's freestyle Olympics; women's 50m, 100m, 200m, 400m, 800m , 6 relays of 4 × 100 meters. Freestyle events account for 13 of 31 items, and medley and medley relays also include freestyle. Therefore, freestyle is often regarded as a measure of a country's swimming level. 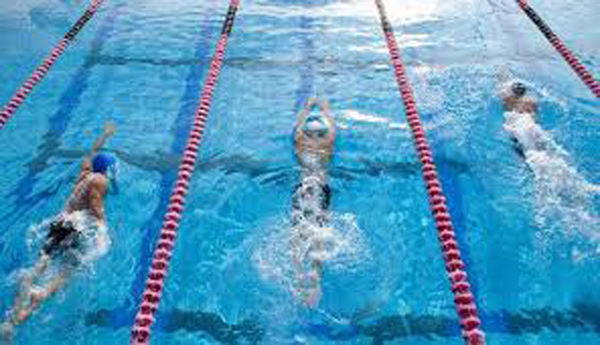 The associations participating in the Olympic Games must be associations recognized by the International Olympic Committee. Athletes sent by each association are required to participate in and qualify for the qualifying tournaments held by the FINA and the International Olympic Committee. In each individual event of the Olympic Games, the FINA determines the registration results. Eligibility for the competition is divided into two criteria, A and B, of which the score of B is relatively easy to achieve. If a country or association sends a player in each event, these players must meet the Olympic B standard. If two players participate in the same event, their results must meet the Olympic A standard. Athletes' Olympic registration is only valid if they reach the A standard in a FINA-approved competition. The international standard swimming pool is 50 meters long, at least 25 meters wide and more than 2 meters deep. There are 8 lanes, each lane is 2.50 meters wide, and the outer lane of the first and eighth lanes is 2.50 meters from the wall.

The basic technical characteristics of freestyle swimming are that the human body lies prone in the water, the head and shoulders are slightly higher than the water surface, and the trunk rolls around the longitudinal axis of the body to the right and left when swimming, and the arms take turns to push the body forward. After entering the water, the stroke line is S-shaped, and the breathing and the stroke are coordinated. When the arm is paddling hard, it uses the wave troughs formed on both sides of the head to draw in air. 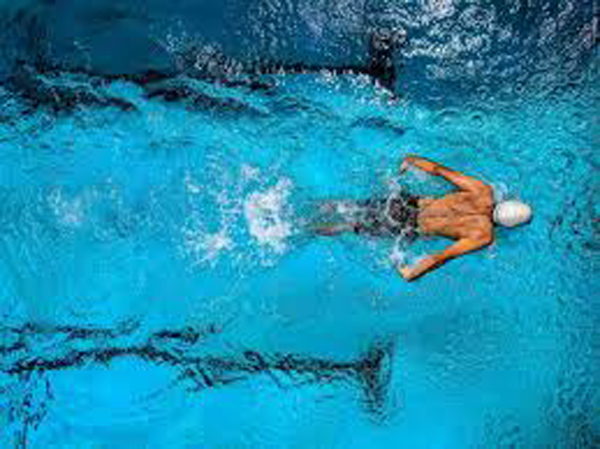 Freestyle, with its reasonable action structure, labor saving, and low resistance, is the fastest swimming position at present.

The specific explanation is: In the whole set of freestyle movements, in addition to the propulsion force of the leg, it also plays a balance role, maintaining the stability of the body and coordinating the arms to do strong strokes. The strokes of the arms can be divided into front cross, middle Cross and back cross. 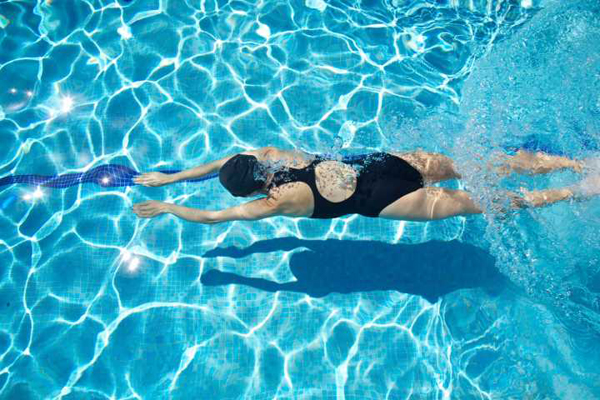